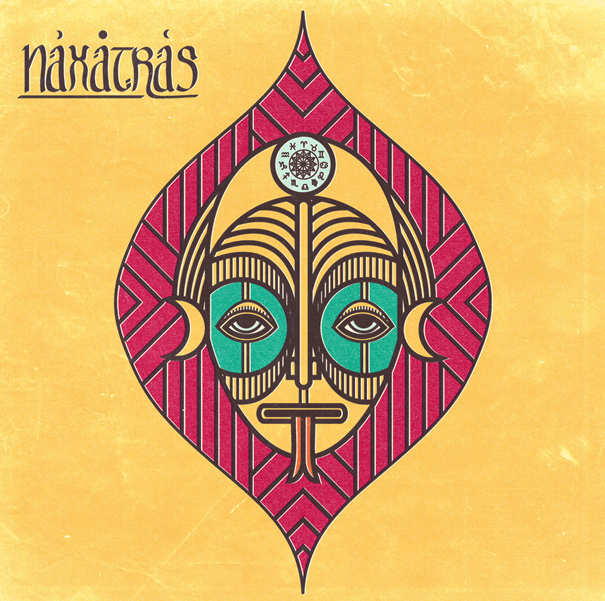 What’s the first thing that springs to mind when you think of Greece? Sandy beaches with turquoise sea water? Ancient philosophers discussing life from a barrel? Nikos Kazantzakis? Or drunk dudes dancing to weird music and breaking plates on the ground for some ridiculous reason? Whatever your association is, I’m sure it has nothing to do with rock and metal music! You read that right, rock and metal music in Greece!

In reality, the Balkan country is currently one of the hottest hubs for rock & metal. Especially in terms of sub-genres like stoner/stoner-psychedelic rock, the scene there has been practically exploding in the last few years! There’s a healthy mix of established names such as Nightstalker, Planet of Zeus and 1000mods supplemented with emerging fresh faces like Deaf Radio. Villagers of Ioannina City and many others. If you’re into this type of music, check any of them out – you won’t regret it!

The heroes of today’s story however are called Naxatras. While they also come from the land of olive oil, their music is more suited for walls the Parthenon and the tastes of the Gods, rather than the ears of mere mortals drinking their ouzo on the coastline. Their unique style of psychedelic rock blends together wavy guitar solos, trippy sequences and ghostly vocals to produce a cosmic and mesmerizing sound that is as dynamic, as it is relaxing.

Potent, energetic and appropriately heavy, Naxatras’ artistry really is worthy of Mt. Olympus(Olympus Mons), but not the one on Earth, rather its namesake located on our neighbor Mars. Fittingly enough, it is also the highest mountain (over 20 km in height!) and volcano in the Milky Way – a bona fide ethereal residence if there ever was one.

The otherworldly melodies instantly transport the listener to a different headspace, full of the mysteries of the Universe, fantastical galactic beings and above all – a permeating sense of calm.

At the same time, the warm and fuzzy overtones instill a feeling of joy, as if the Gods were playing a game or laughing and you can’t help but smile along with them.

To my ear, the music always brings an association with surfing, as the dynamic changes appear as big, sweeping waves, which the celestial riders majestically cruise with supreme delight. I could go on and on, but as mentioned before, when it comes to art, words often come clumsy and lacking.

So instead of reading through sentences that I’ve tried to construct with dictionary words to capture some of the transcendent wonder of these mystical harmonies, go and check the band out – you’re in for a treat!

Naxatras: The Journey So Far

Naxatras have released three albums to date: Naxatras (2015), II (2016) and III (2018), all of which carry their signature style. My personal favorite is their first album, with tracks, such as I am the Beyonder and Sun is Burning etched deep into my cerebral recesses. The follow-up albums keep true to the band’s sound, although they don’t pack as much raw energy as the original.

One thing that may come as off-putting to the impatient observer is an apparent lack of variety and diversity, as the action takes place within well-established boundaries. However, this is but the result of the trio’s stylistic choice, as the complexity of the sound, attention to detail and depth evidently all increase with each consecutive album.

For me it comes down to a matter of individual preference – if you enjoy longer periods of relaxation you can play the albums in sequence, I personally listen to them separately, because while the style may be similar, each album is its own coherent piece of work with its personal message.

In addition to three full pieces, Naxatras have also released an album featuring live performances, an EP and a single, which is one of my personal favorites and definitely one of their best tracks!

As of today, I’m unaware whether the band’s working on a fourth album, but judging from their previous biennium release schedule , we can probably expect something new relatively soon. I for one am certainly looking forward to it!

You can choose to buy the group’ music on CD, vinyl or stream it on any one of the major platforms and services, it’s available everywhere.

Whichever option you choose, one thing is for sure – you can’t go wrong with Naxatras!

We have reached the end of our first artist exploration! All that’s left it to turn on your headphones, go to the nearest park (or your balcony, you rich bastard), put on your sunglasses, stretch your feet and enjoy the psychedelic surfing trip through the cosmic waves alongside the Olympians! I for one am going to do exactly that!