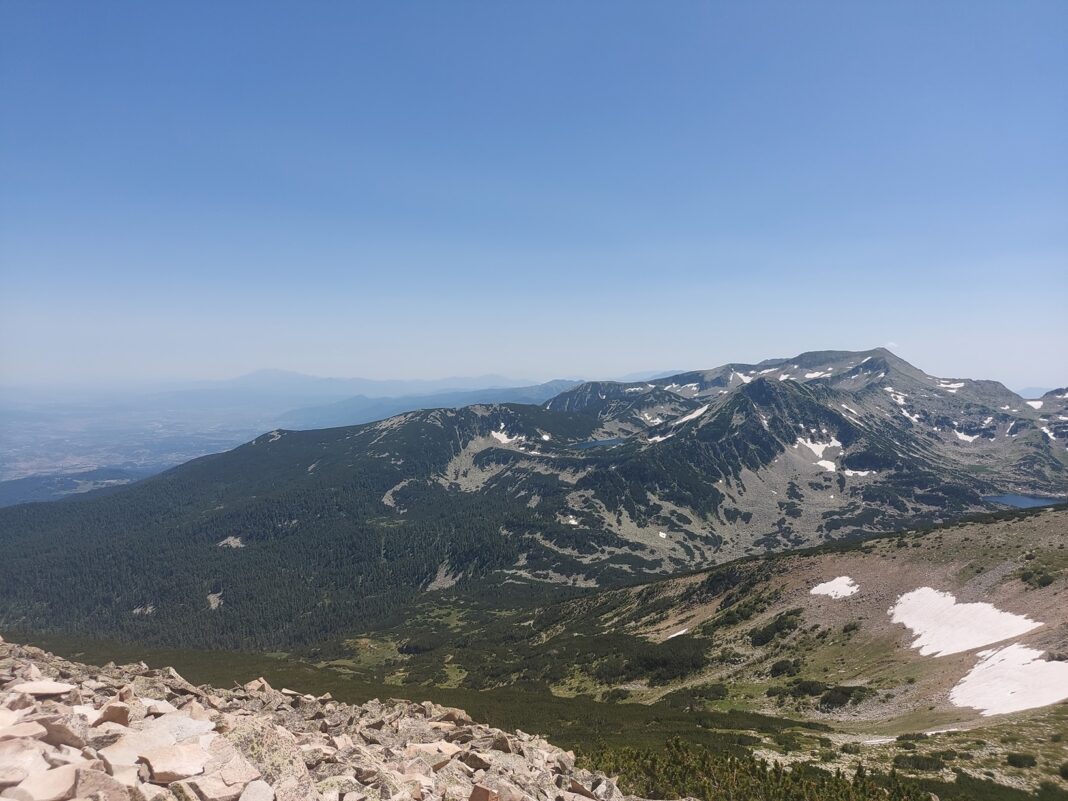 (for a more atmospheric reading, play this song at the beginning of the text)

The sun had reached its zenith point for the day. Hot, blazing, unfiltered beams of sunlight were boiling rivers of sweat that ran across the man’s tired face. He wanted to keep the salt from getting into his eyes, but could barely move his fingers, let alone raise a hand. His mouth had dried to the point, that he felt individual teeth grinding against his gums. Trying to swallow hurt his throat, even though dehydration had long since claimed every bodily fluid as its own.

The blisters on his lips had gradually morphed into a gash of open flesh that had almost sewn his mouth shut. It was a grotesque embroidery that simultaneously filled him with disgust and inflicted agony. Numerous wounds, each of which would’ve put a lesser man on the brink of death, had let him to transcend barriers of pain known by few. Yet somehow he had endured through all of it, lying in a pool of his own blood for hours that seemed like decades.

Words like “fatigue” or “exhaustion” fell hopelessly short of describing the utter collapse of his body. Morning sunlight had saved him from freezing feverish nightmares, but as the day grew, the heat started to drive him insane. There was no feeling in his lower half. This was actually an advantage, as it reduced the amount of pain hurling through his system. The man tried to move his head around and get another glance of the rocky mountain slope that would soon become his grave, but the effort required colossal amounts of absent energy. He remembered being able to do so not too long ago, but was unsure whether it was minutes or hours. Vultures had begun to swirl over his head.

In his muffled state of consciousness, the man suddenly realized he was going numb.

“Finally!” – he said to himself, as the thought of impending death brought immense relief. “I can let go…” Waves of calm caressed his shattered body. No more struggle in the thorny grip of suffering. No more planning, worrying, and running around endlessly. Neither hunger, thirst, the elements, beasts nor men could hurt him any longer. Paradoxically, it was death that brought freedom.

“I’m invincible!” – he thought with a sly smile. “What a joke, this is the best thing to ever happen to me!“

That was a lie. He was still in love with the world. His tired eyes took another snapshot of the mountain. Nature’s palette was as vibrant and lush as never before. Life was thriving all around him – in the grass, trees, rocks, animals, and clouds that were witnessing his final moments. Retinas swirled with thirst, trying to capture everything in sight. It all seemed so crystalized, so perfect, and so…. right.

Within a second of the thought, he was bombarded with a flash his life, made up of familiar memories and experiences he had forgotten long ago. It was an intoxicating cocktail of emotions that drowned him in ecstasy and rejuvenated every tired cell in an instant. Suddenly, even the most insignificant and trivial of activities became a holy tribute, a manifestation of the celestial order, a golden pathway to pleasure. The man clutched to his dying body and being. “As long as I’m alive, as long I breathe and absorb the richness of this world, I’m alright!” – he thought. His newfound appreciation for the world seemed boundless. He desperately wanted to fight, stay alive and take in more of the inexhaustible affluence.

Distant fragments childhood rushed to the fore. Aroma of linden trees in cool summer nights, laughing carelessly with friends, and the pulsating excitement the filled him when he made love to his wife. He focused on the image. Soft, expecting lips that caused electricity to surge through with every kiss. His head brimmed with thoughts of the elegance of her figure, tender skin, and the soft glimmer in her eyes. Dry tears failed to pierce desert skin, as he thought of the sweet voice that always brought him solace and melted his troubles away. She was supreme. All of reality was supreme and the opportunity to experience even a single moment of it was the ultimate blessing one could hope for, yet all received. The earlier anxiety was now replaced by awed fascination. The man looked at a passing cloud that had the vague shape of a woman’s face – or so it seemed. Light breeze brought some respite from the day’s heat. The woman appeared to be smiling at him.

“I finally understand! How can people be so blind to the beauty of this world?” – he thought as winds danced between the rocks. He felt rich beyond measure.

The man blinked slowly and took another look at the smiling cloud.

His blood froze and he could not move. Crooked hands made up of blades piercing human organs swung viciously at him. Sharp, curled black teeth with a silver polish were anxiously locked in, driven mad by an eternity of waiting. Giant ruby eyes glared with excitement, as they tasted, touched, and measured the dimensions of the victim in front of them. The snake that had displaced the creature’s tongue hissed at the broken man. A necklace made from human skulls dangled on a black neck. Black, knife-edged fingers hanged from black arms attached to a black body. Ash-colored skin had fused with the bones that made up the skeleton. Wounds and lacerations covered the entirety of the living corpse. Every pore was a sewage shaft propelling a putrid smell of rotting flesh.

The sight was too abhorrent and repulsive to look away from. The creature was ancient, seemed to be so ancient in fact, that it likely predated even the most distant ancestor of humankind. Despite being terrifying and horrid beyond belief, the man was certain it was real. It was impossible for a human to conjure a nightmare of this magnitude. The air was ionized with intensity and he could sense the creature’s anticipation.

His first thought was that the creature would attack and kill him, but it just sat there unmoving, save for the snake-tongue. The Void peered through the two bloodpits fixed in its skull.

The creature’s mouth ruptured into a vile laugh that made him quiver like a leaf.

The man held his breath. He couldn’t understand. Had he spent his life in service of evil? Was there anything he had done that beckoned the summoning of this unholy abomination? Struggling for answers, he looked at the gaping mouth once again. He imagined his own heart perforated by the black stakes, chewed, and then swallowed, with the blood pooling inside the creature’s throat.

“Violence and pain” – shrieked his thoughts. Suddenly, he was overcome by a boiling hatred towards the demon. He imagined himself standing up, tearing out its blade-like arms and cuting it to pieces, whilst inflicting the most agonizing suffering imaginable. He wanted to make the creature bleed, scream and plead before bringing his boot down one last time to smash its skull into a thousand fragmented pieces. His frenzy was only exacerbated by the fact, that he couldn’t even raise a hand to throw a rock at the cursed thing. The raging flame of the vision charred all traces of humanity within the dying man.

Rage gave way to confusion. Subconscious understanding emerged to aid where all remaining reason had failed and fractured. Chaotic visions of suffering, violence and war, of hunger and disease, crippled the man’s fragile sanity. He saw a divine beast with infinite heads spitting out an inextinguishable fire the set all the stars, planets, and space ablaze and reduced the Universe to ashen dust. Time shattered.

And there was Nothing.

– Who are you? – begged a beaten whisper.

– I am your release. – answered the voice, as blades and claws pierced the man’s body. A final feeling of warmth came over him and he gasped as the vision transformed into an image of stunning beaty. The man took a final look at the clouds, the rocks, animals, and surrounding landscape.

– Truly a beautiful world! – he thought, exhaled, and ceased to be.

The beautiful woman smiled once again and leaned to close the man’s eyes. She was glad the man had recognized the absence of malevolence in her. Light illuminated only in the context of surrounding shadow and the goddess played her part. All experiences, pleasant or not, were separate connections to the divine tree of life. Suffering, pain and fear were as fundamental to the order of things, as were kindness, love and compassion. Even death was a celebration of life, because it enticed new creation and heralded the strength of the divine tree.

Yet like all things, the tree of life would die as well. The goddess had shown the man a condensed vision of forthcoming entropy, of the death of the last star, which marked the end of the existing Cosmos. Did this death precede the birth of a new Universe, with new creatures and pantheons or was it the harbinger of ageless darkness? Would Ouroboros ultimately catch its tail? She did not know. Until that uncertain end, however, life was to be enjoyed and suffered. Kali smiled. She too was in love with the world.

Vultures watched as the goddess dissipated into thin air.

Criminal Feature: Alan Watts and Going Out of Your Mind

Confessions of a Thoughtcriminal Part III: Locomotion of Stagnation