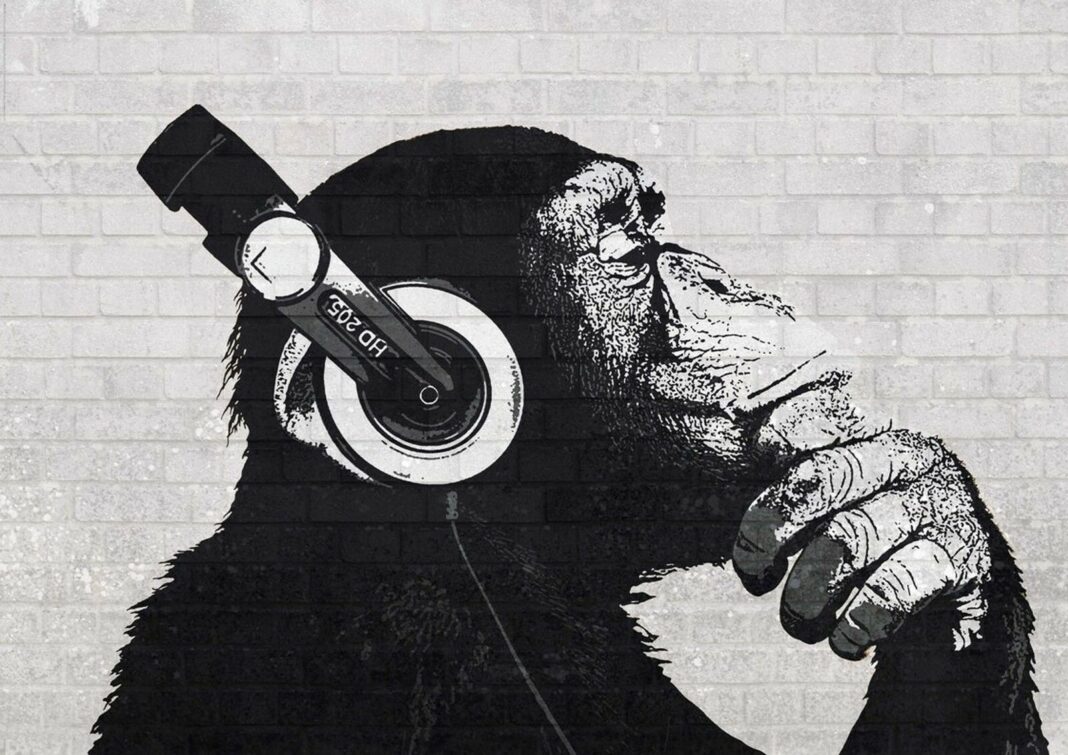 Since crawling out kicking and screaming as a figment of some sick bastard’s imagination, I’ve spent countless eons on the loo pondering age-old existential questions like “Why I am here?”, “What’s the purpose of all this?” and “Isn’t it funny that the people who cut their hair the most often are the ones that are bald?”. I know what you’re thinking – as a fictional character, it’s obvious that I’m not real, so there’s no point of bashing my head over this stuff. But then again, how do you know that you’re not a fictional character brought to life by the mental projections (or more likely, perversions) of some weirdo that pokes a hole in every slice of cheese with his or her nose before they eat it? Well?

There’s no way you can know. It’s empirically impossible to prove or disprove that argument. So, there you go, no matter how bad or good things are going, you can always jump in the reassurance pit by accepting that shit just isn’t real. However, simulation theory is not the reason why I’m pounding on the keyboard with greasy nacho fingers tonight.

The premise behind SageDude is to express and present those intangible moments of flow that sporadically occur during life. It may be something as simple as a throwing a piece of unnecessary paper in the trash can as a basketball or getting to the bus stop just as the bus arrives. Scale can vary, of course.

But the core idea is that you get a feeling of effortlessness and absence of worry that makes everything go smoothly. There’s no division between thinking and doing, everything comes easily. Think about laughing and humor in general – what is that? What makes something funny? When you’re laughing hard at something everything else morphs into a undefined blur and you just…laugh. Isn’t that weird? Of course, at some point you have to pick up your persona again and things go back to normal, but for an instant you transcend yourself. Very cool stuff.

Anyways, most of the times I’ve wanted to portray a moment of flow, I’ve thought of music, be it a particular song, album or genre. I’ve always had a strong sense of connection to music, to the point that I feel “plugged in” whilst listening to it. Its ability to transform even an awkward or tedious situation at the very least into a tolerable one or straight up shoot you into the sky when you’re jamming to your fav tunes is plain magic. To that end. the quickest way to get groovy and “get into it” for me is to start playing something, listen to it and just let it come to you.

I don’t know how or why, but at some point, I start moving around in my room or imagining scenarios in my mind that fit the track I’m playing. And it’s not just a simple cause-and-effect chain in the sense music is making me do stuff. Yes, it’s stimulating the consciousness and altering the perception, but it feels more like a conversation. It seems that you’re following along the tread of the melody, with the mind, body and spirit all aligning into a perfect trinity. Yet it’s not simply following along, the synchrony between the music, the experience and the present moment feels as if caused by some form of precognition. There’s a sense of familiarity about where the music goes and where you’re going, to the point that it all seems to morph into the same thing. Are you following the music or is it following you? Top marks for rhetoric, I know!

Put on your tin foil hats, I’m about to drop my crazy take on it, with zero supporting evidence.

In my view music is reminiscent of a robust form of telepathy – when two or more individuals listen to a song they really like, it impacts each one differently, but afterwards share an appreciation of the experience (presumably having gone through similar emotions, which of course is subjective, but nevertheless a sense of bonding does often occur), even though is next to impossible to put what transpired into words.

This holds true regardless of the impact and positive/negative reaction produced by the given piece of music, the takeaway being that it elicits an instantaneous cognitive response. Furthermore, almost every individual can derive pleasure from listening to music, to the point that the inability to do so is classified as a type of neurological disorder called musical anhedonia. When music is played and heard our minds instantly process that cognitive input and produce some sort of intuitive emotional reaction, which is only amplified when the experience is shared.

Moreover, music seems to be fundamentally tied to our existence and experience, as it’s established that musical instruments have been central to our lives since the very beginning. The earliest known musical instrument is a bone flute, dated to up to 60,000 years BCE, when mammoths, short-faced bears and other remnants of the past were still grappling with humans for the top spot on the food chain pyramid. In fact, this flute is so old that it was not even created by Homo Sapiens, but instead made by Neanderthals.

To put that into perspective, the oldest recognized form of writing is the cuneiform system of the Sumerians, which is dated somewhere around 3200 BCE. My takeaway from this is that music is integral to the human condition as are love, intellect and predisposition to cooperation. In truth, it is an amalgam of all these traits. It reflects our tendency to create and ascend to consciousness by forging mental representations of our thoughts and emotions. Further, we want to experience this together not just as individuals, but share it with others, thereby establishing the social bonds, which separate an ordinary social group from a civilization.

There are two axiomatic states of reality: things either exist or they don’t. Yes or no. One and zero. Life and Death. So, all things that are, were and will be exist on this spectrum of reality and are recorded as information on a registry. From this perspective, it’s irrelevant that they have different forms such as rabbit, phosphorous and farts, they’re instead defined by allegiance to the material realm. Opposed to them stands the great Void, a chasm of non-existence that even Death fears. Think of the blank absence of everything or worse yet, anything. According to modern science, universal entropy is the sentence looming over the Cosmos in an impossibly distant future, so the reign of nothingness is not just a suspended possibility, but a definite certainty.

All things will inevitably cease to exist, all inscriptions on the registry of reality will be deleted. All information will be erased. How can Life, how can we, respond to this? By creating new information. Of course, eventually there will be no things from which other things can be created. But until such time, creation, birth is still possible. It is the ultimate tool and symbol of the propagation of life, of the glorious sunrise before the night, a rebellion of the highest order.

By generating new information, we are delaying the demise of the Cosmos by mere microns, but it doesn’t take away from the fact that creation of music, creation in general, is in itself a divine act. Information is the basic unit of the Cosmos. Through our imagination and abstract thinking, we create music, which represents the totality of existence. Music is information and information is Life. So, music is a celebration of life. It is of the same degree as any mythical god creating the world, except it is within the reach of anyone. Whether we hear it or play it, we are deeply influenced by it, because it is a message, a call to the very essence of our being.

That’s why I associate it with the aforementioned sense of flow. I think it calls to an understanding beyond our consciousness that recognizes the fundamental duality of one and zero. Of course, the sense of flow emerges in other situations and is not exclusively caused by music, and yet it is often the catalyst for it. I’ll try to balance things and retell other occasions of flow beyond the audible realm. But today I am as hooked, as the Neanderthal artist that created the bone flute some 60,000 years ago. Music is an affirmation of our existence and an act of simultaneous creation, celebration and salvation. It is a shining star surrounded by dark space. But as long as we have it, hear it and play it, we will not fall to the darkness. Instead, we will chase it away and get to experience the magnificence of love, the desperation of fear and the joy of living. Music is Life.

SageDude Explorations: The VibeConquistadors of the Lost Bulgarian Gipsy Land